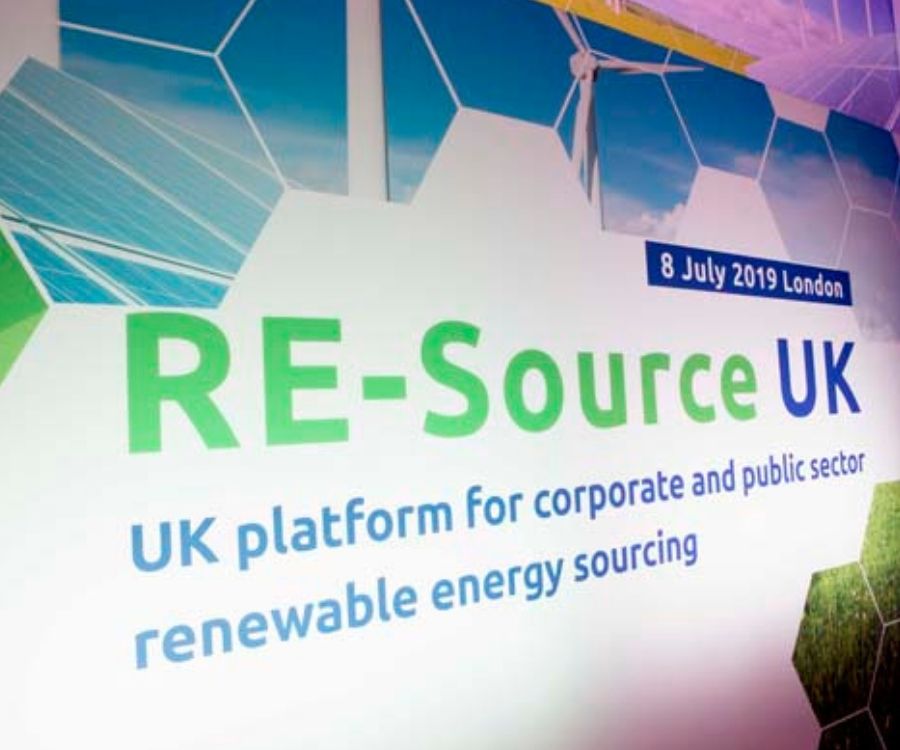 RE-Source UK 2019 was held on Monday 8th July in the Guildhall Art Gallery, London. Elgin Energy supported this inaugural event as a sponsor. Organised by the UK Solar Trade Association and Renewable UK, the event was inspired by the European RE-Source event that took place in Amsterdam last November. The objective of the event was to bring all the major players involved in Power Purchase Agreements (PPA) together to discuss opportunities and issues in the market.

Following introductions from the conference organisers, Bloomberg NEF provided an overview of the PPA landscape. Global corporate PPA volumes are on the rise reaching an all-time high of 40GW in 2018. Demand for PPAs in the UK is estimated at 2GW. For now, wind is the dominant technology.

Details were shared on recent PPAs in America and Ireland. American brewing giant Anheuser-Busch (AB InBev in the UK) best known for beers such as Budweiser and Bud Light, have agreed a 15-year PPA with Recurrent Energy and a 310MW solar farm in Texas. The project is scheduled to be energised next year.

Amazon signed a 15-year PPA with Invis Energy and a 91MW wind farm in Donegal. The project is due to be energised in 2021 and is the first unsubsidised corporate PPA in Ireland. The energy will be used to power Amazon Web Service’s data centres. These PPAs will provide additionality meaning that the projects would not have been financed and installed without the PPA. Many corporates are focusing on additionality as a key factor when considering their options as it bolsters CSR commitments.

Bloomberg NEF outlined the significant investment opportunity provided by the PPA market in the short to medium term but warned that Brexit may impact this. They also shared their forecasted electricity costs and predicted backwardation. “Backwardation” describes the direction of future electricity prices and means that today’s prices are higher than future forecasted prices. This conclusion drawn by Bloomberg NEF is a contentious area of debate amongst academics and industry professionals as each organisation is working off their own inputs and models. Ultimately there is a significant amount of uncertainty around the direction of future electricity prices.

Following Bloomberg NEF’s presentation, a panel discussion took place on corporate sourcing trends and opportunities. On the panel were representatives from British Telecommunications (BT), Erova energy and Vodafone. BT’s ambition is to reduce their worldwide carbon emissions by 80% compared with 1996/97 levels by December 2020. The telecommunications company currently has three PPAs with wind farms in Lancashire, Scotland and Wales worth £440 million. At the Fallago Rig wind farm (144MW) in Scotland, BT have a 20-year PPA which buys 50% of the electricity generated, matching the company’s needs in Scotland. In 2014, BT entered a 15-year PPA with UK Sustainable Energy to take 100% of electricity from a new solar farm (8MW) near Ipswich for BT’s Adastral research park.

More recently, BT are examining club PPAs. In a club PPA, BT would purchase energy above their demand levels and then offer surplus energy to smaller companies. This format allows smaller organisations without the buying power to access a PPA. This approach has been successful in the Netherlands however, it is only a proposed initiative by BT and no agreements are currently in place.

Vodafone share BTs ambition and have set a goal to purchase 100% of their electricity from renewable sources by 2025. Currently 13% of Vodafone’s demand is supplied by renewable sources but plans are in motion for additional corporate PPAs over the next few years. Interestingly 25% of Vodacom Lesotho’s telecoms network is powered by on-site solar.

The panel discussed the introduction of a standardised PPA contract by the European Federation of Energy Traders (EFET). They agreed that this works in theory but is very hard to apply in practice as each PPA is unique with site specific requirements. PPA contract length remains an issue. Project developers require contracts ranging from 15 – 30 years providing a long-term fixed revenue structure enabling them to secure project financing. On the other hand, corporate buyers prefer shorter contracts around 3 years due to uncertainty of electricity pricing.

EDF Renewables presented the UK’s largest battery storage project; West Burton B. The battery is co-located with a gas plant in Nottinghamshire. The technology is a lithium-ion battery with a capacity of 49MW. The project has been commercially operational since January 2018. A four-year PPA is in place between EDF Renewables and the Electricity System Operator UK power grid. The battery is participating in the UK capacity market providing enhanced frequency response to the power grid.

The basic premise of the capacity market is to act as a “reserve” market. If the demand on the power grid is significant and the wholesale prices rise above a “strike” price the battery storage project will be called upon by the Transmission System Operator (TSO) to supply additional power to the grid. The project in return will receive a fixed revenue stream via a capacity payment. This PPA is interesting because it can serve as a working example for future solar projects. Perhaps in the future if storage becomes more cost-competitive, a proportion of a solar farm could power a battery and enter into PPAs with the capacity market.

Currently solar and wind projects are subject to a high de-rating factor, due to the unreliability of the intermittent generation. The de-rating factor is a calculation performed by the TSO on the reliance of the generation technology, based on historical data. Currently renewable generation is deemed unreliable in the context of the capacity market. Security of supply – keeping the lights on – is the number one priority for the power grid, as a result more reliable generation like gas currently dominates the capacity market.

The second PPA case study presented is a private wire PPA between Macquarie and Anglian water. The solar farm is connected direct into Anglian Water’s Shenfield & Hutton water recycling centre. This type of PPA can pose a risk for the project owner, in this case the Macquarie group. If Anglian water was to go out of business, they would have a stranded asset on their books.

The final panel of the event was Public Sector Sourcing Trends and Opportunities. The discussion was led by Andy Morgan from Laser Energy. Also on the panel were policy representatives, Cornwall Insight and Good Energy. Laser Energy is a UK public sector buying group. Their core function is to procure energy for a number of public sector bodies such as local councils. They have an annual aggregated spend of £550m.

Counterparty risk was one of the core themes discussed with the panel agreeing that it can act as a barrier to entry for corporates entering PPAs. Counterparty risk is less of an issue for Laser as essentially it is an extension of the British government so it is highly unlikely they will renege on their PPA. They also can raise capital at preferential lending rates between 1-2%. According to Laser, mounting social pressure on local councils is driving a push toward the adoption of renewable energy procurement.

Laser has already invested in renewable energy with Tangemere Solar farm, a 5MW project in West Sussex. It was one of the first solar farms to be owned and operated by a Local Council. Energised in 2015, the project is owned and operated by West Sussex County Council. The site produces approximately 5,100MWh annually. Laser has sold the export volume flexibility on the wholesale markets since 2017. This merchant site produces an income stream of £270k per annum for the West Sussex County Council.

PPAs provide a huge opportunity for both the renewables industry and corporations seeking clean electricity. The key issues identified at the conference slowing the growth of the UK PPA market are counterparty risk and the difference in preferred contract lengths from both sides of the table. Club PPAs may feature in the market in the coming years. Leadership, creativity and a sensible approach to risk sharing will be rewarded in this industry.

You can learn more about PPAs with our PPA guide. 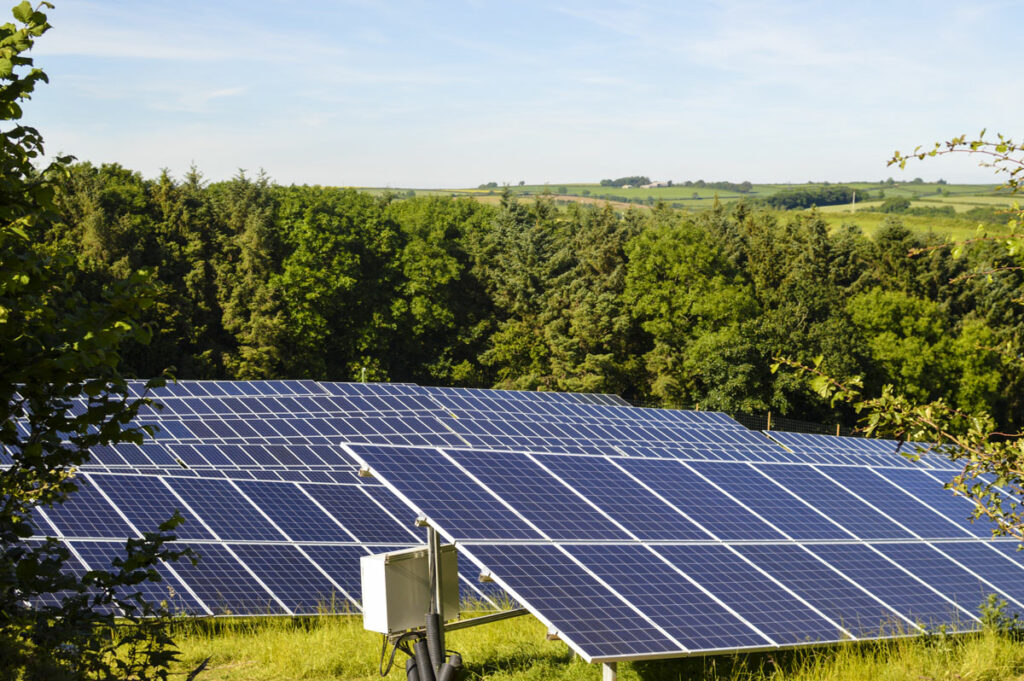