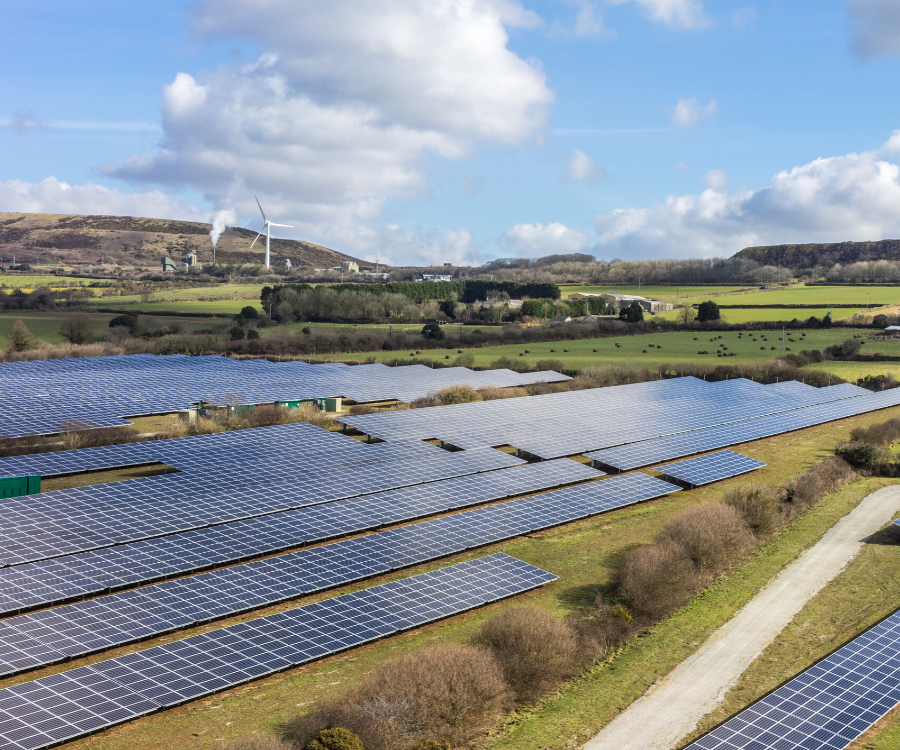 On Friday 13th December 2019, the draft terms and conditions for the first auction of the Renewable Electricity Support Scheme (RESS-1) were published by Minister Richard Bruton. A consultation followed and feedback from industry was requested. On Thursday 27th February 2020 the final Terms and Conditions were released.

The terms and conditions for the auction were preceded by the publication of the high level design of the Renewable Electricity Support Scheme (RESS), published by Minister Naughten in July 2018. The support scheme furnishes positive signals for investment in Ireland across the renewable sector and makes history in providing initial government support for the Irish solar industry.

The support scheme will be administered through an auction mechanism with renewable projects bidding against each other. Successful projects will be awarded a Government-backed contract for power produced enabling projects to obtain capital to begin installation. The first auction is scheduled to begin in Q2 2020 with a capacity ranging from 1,000 – 3,000 gigawatt hours (GWh) depending on the number of eligible projects. The auction is not technology specific however it contains three preference categories; community preference, solar preference and all projects preference.

History of subsidies in Ireland

In Ireland, previous support was provided for wind, hydro, biomass/landfill gas and high efficiency combined heat and power (CHP) plants through the Renewable Energy Feed-in Tariff (REFIT). This scheme was carried out in three phases with the last one closing on 31 December 2015. RESS will also provide support for these technologies in addition to solar.

The core aim of RESS is to support the deployment of cost-competitive renewables. One of the major differences between the REFIT scheme and the RESS scheme is that indexation was applicable to REFIT but not RESS. Without indexation, the auction strike prices will appear higher as generators price in their costs, subject to inflation, and debt providers apply conservative assumptions to size debt. These increased costs will be passed through to the Public Service Obligation (PSO) levy, charged to all electricity consumers in Ireland. In addition, project financers will use conservative assumptions to size their debt. Several additional factors will influence the strike price with a major consideration being grid costs. Ireland has among the most conservative grid specifications and highest associated costs in Europe. Due to the size of solar projects, the majority can connect at distribution level using existing infrastructure thereby avoiding upgrades.

Elgin Energy believes a fund is the most effective method to distribute benefits to the local community. The process and facilitation of community ownership would have resulted in increased administrative expenses and potential project delays. It is proposed that applications are made to the community benefit fund on an annual basis and the generator will then award funding. Small scale renewable projects such as rooftop installations for schools and community buildings would be a compatible use of funds.

In 2018, Elgin Energy entered a four-year partnership with Generation Science, an education outreach programme for primary schools operated by Edinburgh Science. The partnership focuses on the remote Moray area where we are developing two projects. In 2019, Elgin Energy became a sponsor for the Solar Schools Competition in Ireland. The competition is open to primary and secondary levels and winning schools receive a rooftop solar installation.

Community owned renewable projects face several challenges such as access to capital, grid, planning and legal expertise requirements however currently there is one successful community owned wind project in Ireland. Templederry Wind Farm is located in County Tipperary and has been in operation since 2016. The project’s two turbines produce 15GWh of electricity every year.

The 2019 Climate Action Plan established a target of 70% renewable penetration by 2030 requiring the addition of 12 gigawatts (GW) of renewables. RESS outlines a target of 12,500GWh across five auctions. In order to reach this target and to ensure security of supply, Ireland must have a diverse energy mix. Solar is best placed to quickly diversify the energy mix and assist in meeting interim renewable energy targets because it is the fastest deployable renewable technology in the world.

Solar is also fast becoming the cheapest source of energy globally. In Germany, a recent auction returned prices of €56.80 per MWh for solar energy, and Portugal recorded record low prices of €14.8 per MWh in 2019. The accelerated growth of renewables in Germany is being driven by economics with wind and solar becoming cost-competitive with existing coal and gas generation. Ireland’s largest coal-fired plant, Moneypoint, has reduced output significantly since 2018 due to increased levels of renewables in addition to rising operational costs. The plant is scheduled to close in the next ten years in line with the Climate Action Plan’s objective to phase out all coal and peat fired plants by 2030, however due to its performance it may close sooner than that.

The RESS design paper sets out a coherent and ambitious program for delivery of renewable energy out to 2030 and highlights the necessity for diversity in the energy mix. For Ireland to successfully decarbonise the electricity network the RESS auctions must be completed in a timely manner. In addition, the DCCAE must ensure that this policy is fully implemented. The Department has had three Minsters at the helm over the past six years. For the Irish renewable industry to prosper, clear and consistent leadership from the Department is necessary. Ireland’s energy policy must take a long term view beyond that of the political cycle.

Elgin Energy commends the Department along with EirGrid for the work to date and looks forward to working closely with both organisations to ensure a successful outcome for the first RESS auction.

You can learn more about RESS here and view the latest timetable here.