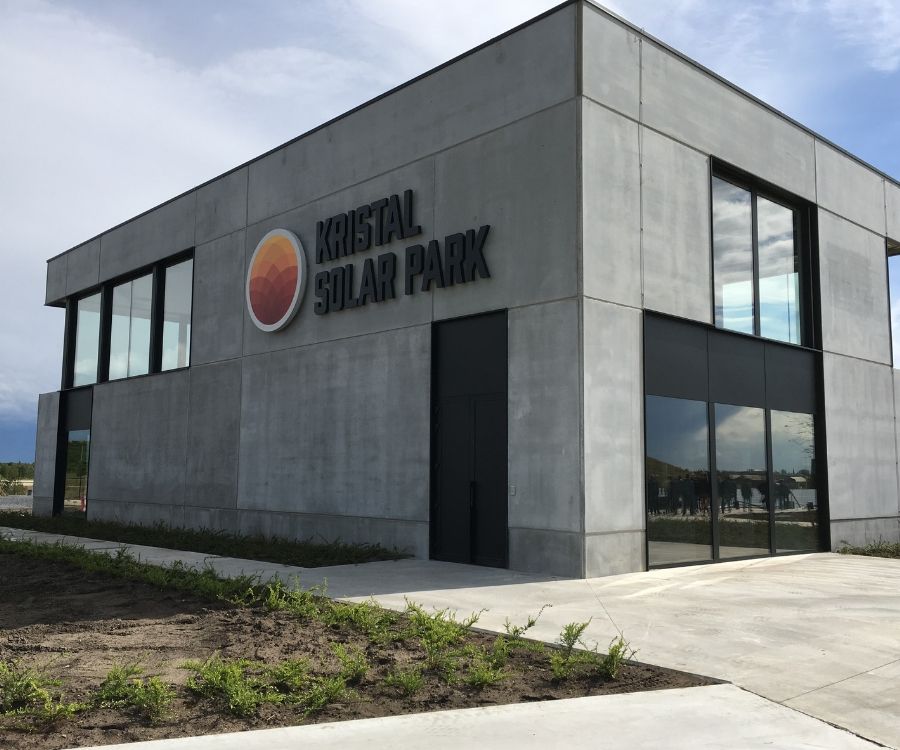 The project was installed by Engie Fabricom, part of the global energy group Engie. Engie Fabricom will also provide O&M services for the first 15 years of operation. The solar farm is located on land owned by the City of Lommel. They co funded the project in partnership with LRM Investment Fund. LRM is an investment company that exploits and stimulates economic growth in Limburg.

A 15-year PPA is in place between the solar farm and neighbouring Nyrstar Zinc mine. The project provides 80% of Nystar demand at points in time and 9% of the mine’s annual demand. Project viability was optimised by using the existing Nystar grid connection. Kristal solar farm is also receiving government support.

The solar farm is located on a 95-hectare site spread over nine different plots of land beside Kristalpark III business park. Certain sections were excluded from the site design as they had previously been used for landfill and were not cost-effective to restore to land suitable for installation. There is also an existing wind farm beside the solar farm. The 16MW wind farm is owned by Aspiravi and has 8 turbines. It was energised in 2005.

It is anticipated that future investment will be attracted to the business park given the onsite renewable energy. Businesses’ will be able to consider a PPA with the solar farm. The site design has factored in the possibility of additional physical PPAs but a virtual PPA could also be considered.

Total build time was nine months with 303,000 panels and 2,200km of cables installed. Equipment used is Talesun 325W & 330W modules and Sungrow Central 2.5 MW, 3 MW and 3,125kW inverters (24 in total). The mounting structure used is voestalpine Sadef FASTSLIDE® system. The steel mounting system allows for panels to slide into place from the bottom of the table removing the need for lifting, and panels are secured in place through the custom click system so clamps or bolts are not required. These measures lead to reduced installation time. Due to proximity to the zinc mine, there are increased levels of sulphur dioxide in the atmosphere. Therefore, the steel used for the mounting structure was treated with 35 µm thick coating of Magnelis® and produced by German company ArcelorMittal Bremen.

Panels are arranged East West 7 landscape, so each table has 14 panels. Some panels installed are north facing to make best use of the land available. There is a small gap of 2.1m between rows of panels. A custom-made machine will be used for cleaning the panels.

With an annual output of 92,000MWh, Kristal solar farm makes a significant contribution towards Belgian climate change targets. However, in order to meet Belgium’s target of 18.4% renewable energy production (an additional 5.6TWh), 61 projects of this size are required.

As unsubsidised solar projects begin to spread across Europe, from Spain and Portugal, Belgium’s solar prospect are becoming increasingly attainable.