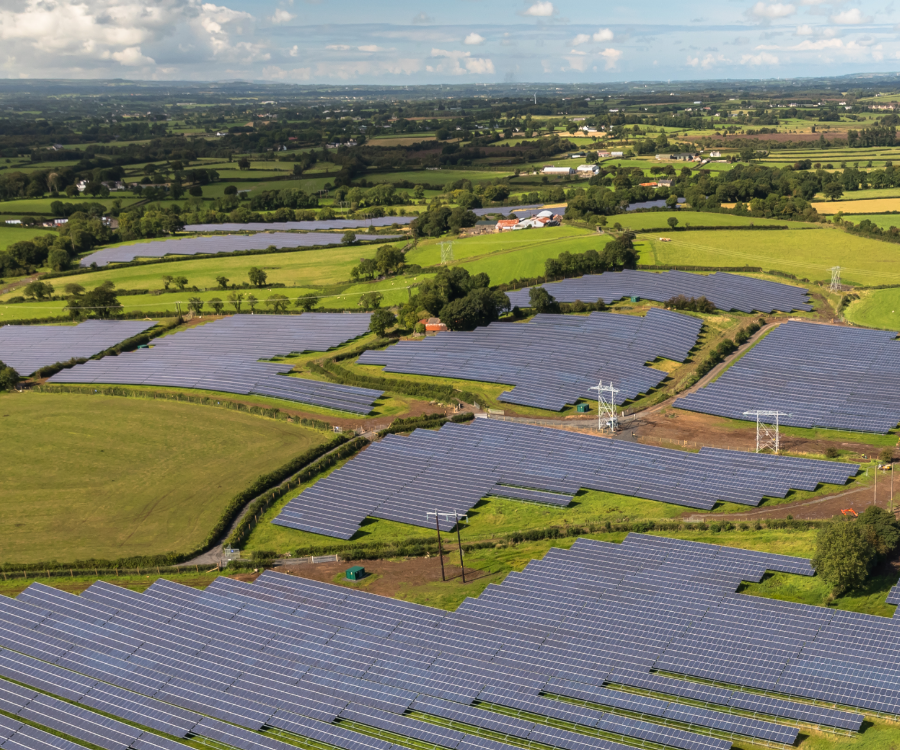 In March 2017, Bann Road solar farm in Co. Antrim, Northern Ireland was energised. Set on 180 acres across 2 sites, with a capacity of 46MW, Bann Road is the largest operational solar farm on the island of Ireland.

Initial project development began in 2013 when the site was identified and landowners were contacted. Over the next few years, planning applications were submitted for both landholdings and a grid offer was received from Northern Ireland Electricity (NIE). A unanimous Council decision was reached on both planning applications.

Elgin Energy partnered with BayWa r.e. to install the project with installation taking four months. A 15-year Power Purchase Agreement (PPA) was secured with SSE Airtricity, Northern Ireland’s second largest energy utility and the solar farm was connected to the grid in March 2017.

Bann Road is the first solar farm that BayWa r.e. have installed in Ireland. Together Elgin Energy and BayWa have collaborated on 9 projects across the UK & Northern Ireland producing over 110 MW of clean energy.

Bann Road solar farm will remain operational for 25 years. Over its lifetime it will supply over 340,000 homes with clean energy and offset more than 500,000 tonnes of CO² .